If you're only somewhat familiar with dermaplaning, it may sound like a rather terrifying procedure. I mean, who in their right mind would want to get any kind of planing done to their face? The term itself makes me think of a woodshop class where someone is smoothing out the all the imperfections of your skin with a hand plane tool. So no thank you! But just as most things that sound crazy can actually be beneficial—like eating chocolate when you have the flu (seriously!), or applying hemorrhoid cream to your under eye bags (gross, but true!)— dermaplaning turns out to have some serious benefits. Here's what it is and how some people use it:

There are few things more annoying than unwanted fuzz on your face. While peach fuzz (the nickname for the thin, light hair that grows naturally on women's faces) doesn't pose any medical problems, it can be bothersome to some women and cause them to break out or keep makeup from applying smoothly. And while many women opt to use a razor or waxing kit at home, others go straight to the professionals. Dermaplaning is an increasingly popular method of facial hair removal that has intrigued us with its name alone: What kind of dermabrasion is this? Is it like shaving? Can you really just scrape off all the fuzz off your face in no time at all? So we decided it was time to investigate this beauty trend and see what all the fuss is about.

Dermaplaning is a manual exfoliation technique that uses a sterile, surgical blade (think of it as an eyebrow razor) to remove dead skin cells, vellus hair and bacteria-causing surface debris. It's not a medical procedure or facial, nor is it microdermabrasion or laser treatment or chemical peel—although some spas do offer these services in conjunction with dermaplaning. 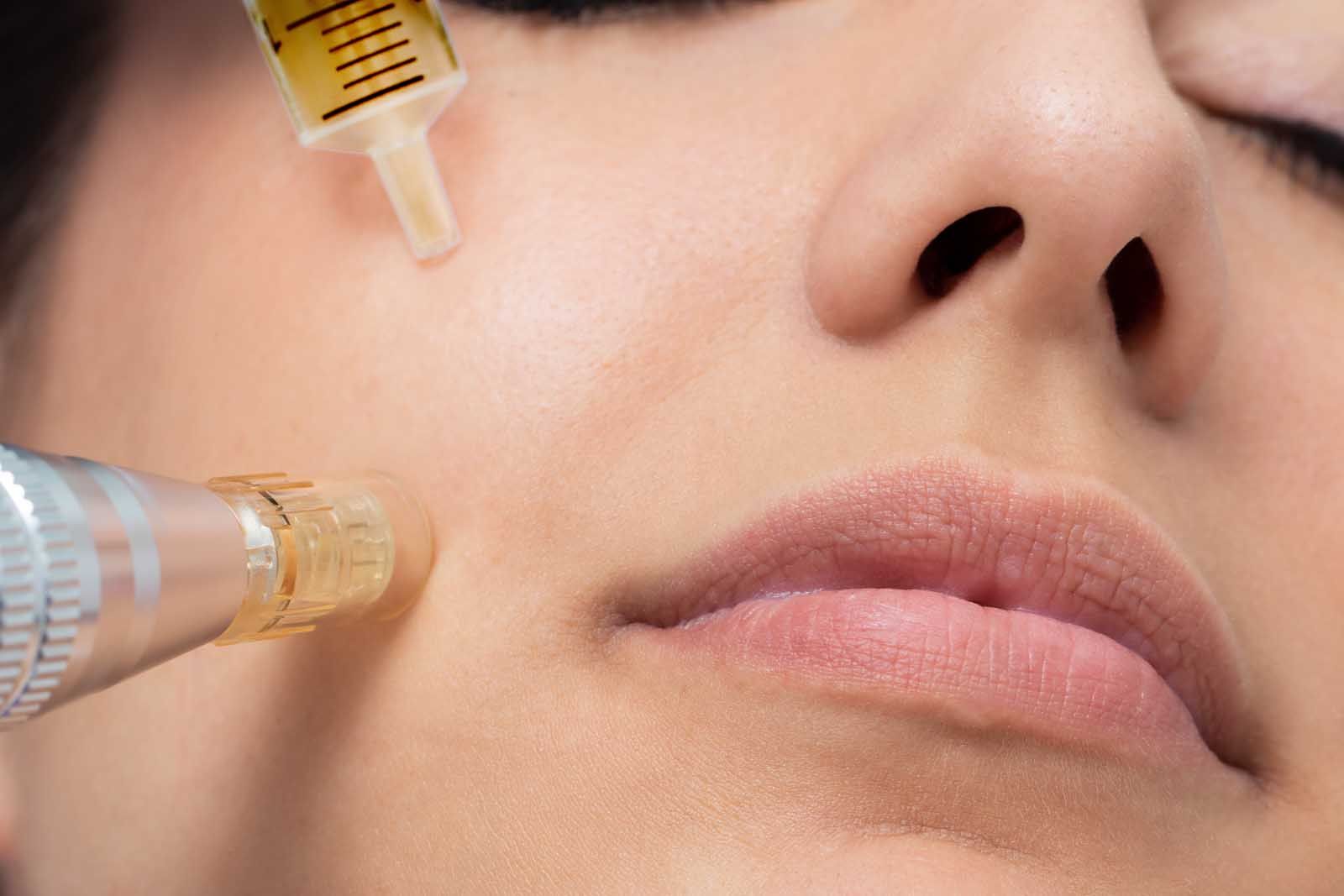 How is it done?

Dermaplaning is a form of exfoliation that removes the epidermis (the outermost layer of skin) and helps to reduce pore size. It also helps to improve uneven skin tone, such as dark spots or acne scars.

The procedure is performed by an esthetician or medical aesthetician who uses a sharp blade held at a 45-degree angle to gently scrape off the top layer of dead skin cells from your face or neck area. This process is repeated in circular motions until all dead skin has been removed from the areas being treated—usually around five minutes total per session.

Will dermaplaning help you? It depends on your skin. Dermaplaning can help clear up dry, rough skin. It can also improve the overall appearance of your face by removing dead skin cells that clog pores and cause blackheads. If you have acne-prone skin, it may be worth trying out a dermaplaning treatment to see if it makes a difference in the quality of your complexion.

However, not everyone's results will be the same; some people will find that dermaplaning isn't right for them at all—especially those who have sensitive or acne-prone skin! If this sounds like you, then I recommend looking into other methods for exfoliation instead (such as chemical peels).

Dermaplaning is different from waxing in that it's a manual process, while waxing is done with a machine. Waxing can be painful, but dermaplaning can cause skin irritation.

Dermaplaning works because it exfoliates your face with its sharp edge. This causes dead skin cells to fall off the surface of your face and reveals smoother looking skin beneath the top layer of dead skin cells. It removes fine vellus hair (peach fuzz), which also reduces oil production on your face, making you look less shiny during hot summer days!

Are there any risks?

There are a few risks that you should be aware of if you’re considering dermaplaning. The first is that it might result in damage to your skin if the blade is not used correctly. If proper technique isn’t followed, then cuts and scrapes can occur as the razor drags across your face. In addition, if you have an open wound on your face or a skin infection (such as acne) when dermaplaning, there is also a chance for infection. Finally, people with certain skin conditions such as rosacea or eczema may experience irritation after dermaplaning due to their sensitive condition.

While dermaplaning is generally safe, there are a few risks to be aware of. For example, if the blade is not used correctly or you have cuts on your face, it can cause damage. If you have an infection or skin condition on your face (like acne), it could also result in injury. You'll want to make sure that whoever is performing this procedure knows how to use the tool safely and effectively—and how to avoid causing harm to your skin while they're at it! 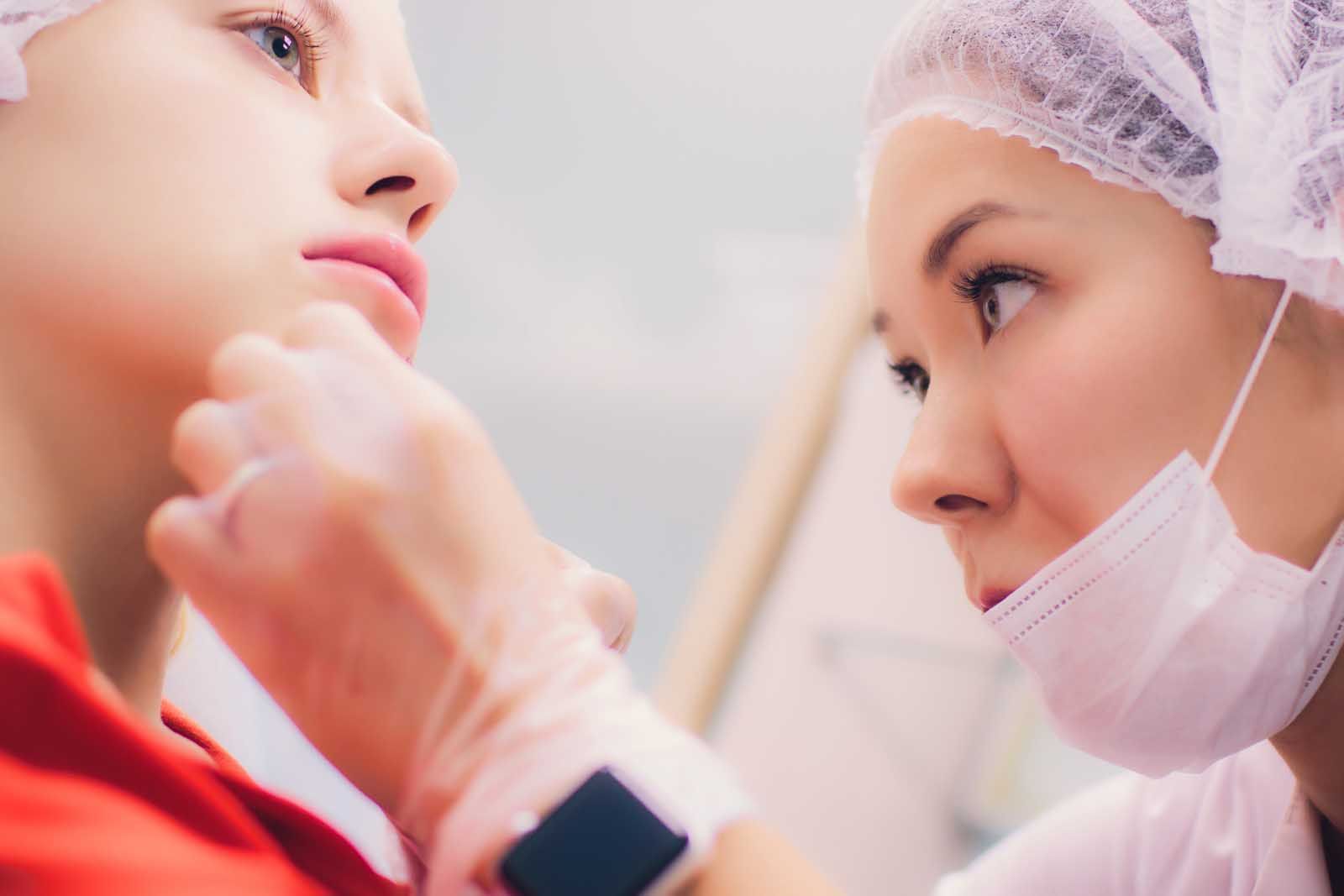 How much does it cost?

The price of dermaplaning will vary depending on where you live and how much hair you want removed. In general, it's a good idea to ask for a quote or price estimate before scheduling an appointment. This can be done by calling the spa or salon where the treatment will take place, or by contacting the esthetician directly if you've found one online. If your esthetician doesn't respond with a quote after requesting one, look elsewhere for someone who does not mind discussing pricing up front.

The cost of dermaplaning varies from person to person: some people have more facial hair than others; some have more sensitive skin, and some are undergoing other treatments at the same time as their dermaplaning sessions (like microdermabrasion). It’s important to make sure that both you and your esthetician know what your budget is before beginning any sort of treatment so there won’t be any surprises later on down the road!

Dermaplaning can make your skin look smoother, but it can also cause damage if not done correctly.

If you're curious about dermaplaning, but nervous about the process, here are a few things to keep in mind:

Dermaplaning is a form of exfoliation. The main difference between dermaplaning and other forms of exfoliation is that it removes the entire top layer of skin with a blade instead of just scraping away dead cells with a scrub or loofah.

Dermaplaning can be done by both professionals and at-home kits. However, not all professional services were created equal—and some might actually hurt your face more than helping it! A licensed esthetician should perform this procedure on your face so they know exactly where to go and how hard to press down on the scalpel while avoiding sensitive areas like your eyes or lips. At-home kits are generally less expensive than professional services and allow you control over how much skin gets removed (which could come in handy if you want smoother facial features but aren't sure how much would look best).

Dermaplaning can make your skin look smoother, but it can also cause damage if not done correctly.

You can get this treatment done professionally at salons or spas all over the world, but it's also possible to do it yourself at home with some basic supplies and training from an expert who knows how best to wield these sharp blades safely.

Dermaplaning can be done on any skin type, but if your skin is sensitive then make sure you're using high quality products! There's no need for harsh chemicals when there are natural alternatives available these days!

Dermaplaning is a reasonably safe and effective way to get rid of dead skin cells and improve the appearance of your skin, but it’s important to understand the risks before undergoing treatment. We don't offer this procedure at Dermaq Aesthetics, focusing instead on medical non-surgical treatments such as lip filler, dermal fillers and anti-wrinkle injections. We find that these are far more effective than non-medical treatments such as dermaplaning.